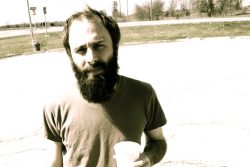 Isaac Anderson is a teaching pastor at Jacob’s Well Church in Kansas City, Missouri, where he also oversees the church’s justice initiatives. Isaac holds an MFA in creative writing from Ohio State, and has been a writer-in-residence at Lenoir-Rhyne University, Western Theological Seminary, and the Kimmel Harding Nelson Center for the Arts. His writing has appeared in Economy of Love (with Shane Claiborne), in various literary venues such as Image, Portland Magazine, and Los Angeles Review of Books, and has received honorable mention in Best American Essays.

Sponsor:
Logos Bible software: Get 10% off the purchase of a base package